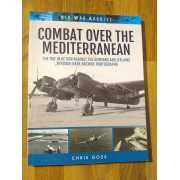 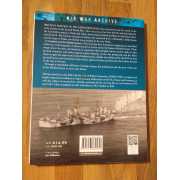 Large thin paperback binding, illustrated in black and white, in excellent condition. - Drawing on an extremely rare collection of photographs taken by the camera guns of Bristol Beaufighters deployed on ground-attack and anti-shipping operations, this book will form a rare indeed unique view of what it was like to fly dangerous strike missions against German and Italian forces over North Africa and the Mediterranean between 1942 and 1945. Despite being reformed in the UK in November 1940 as Coastal Commands first Beaufighter squadron, 252 Squadron, which also operated Bristol Blenheims until April 1941, was destined to spend most of its service in North Africa and the Mediterranean before being disbanded in Greece in December 1946. One of the squadrons commanding officers, Wing Commander DOB Butler, DFC, had the foresight to keep perfect examples of the many thousands of gun camera stills taken by the Beaufighter pilots under his command. As a result, he has preserved a remarkable history of the air and sea war in the Mediterranean from October 1942 to May 1945.\n\nThese dramatic stills show attacks against German and Italian aircraft, Axis warships and merchantmen, harbours and other targets on what are now popular holiday destinations such as Rhodes, Naxos and Kos and across the Greek Islands, the Aegean and Ionian Seas. This book will be based around these remarkable and spectacular photographs and will include full details of key missions and the crews who participated, with information drawn from Squadron records and combat reports. Size: Octavo. 154 pages. Category: Aviation; Photographs: Collections; Military History; Art, Fashion & Photography; Military & Warfare. ISBN: 147388943X. ISBN/EAN: 9781473889439. Dewey Code: 940.544941.
▲