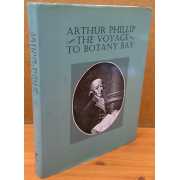 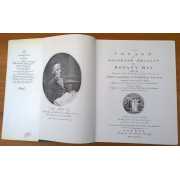 Green cloth with dust wrapper, with some shelf wear. Black & white illustrations and folding maps. On 13 May 1787, the British Empire sent 11 ships boarded with convicts and naval personnel to New South Wales, Australia. They became known as the ‘First Fleet’ and, arriving in January 1788, they established a penal colony – the first European settlement – on the continent. First published in 1789, this is an account of the Fleet’s voyage, settlement and interaction with the Aboriginal Australians, as recorded by Captain Arthur Phillip. Phillip led the fleet as ‘Captain General & Commander in Chief, in & over the Territory of New South Wales’. The work, titled The Voyage of Governor Phillip to Botany Bay, advertises itself as an official account, ‘compiled from Authentic Papers’, including the journals of lieutenants and captains together with maps, charts and coloured illustrations. Size: Quarto. 356 pages. Category: Travel & Places; Literary Essays; History; Exploration. ISBN: 009137880X. ISBN/EAN: 9780091378806. Dewey Code: 994.402.
▲