Shipped From Australia By: Syber's Books 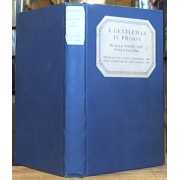 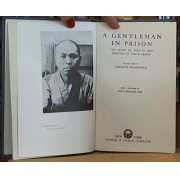 360 g; XXVIII, 29-164 pages, with frontispiece, and five other photographs reproduced within the text. The title block pasted to the spine is slightly chipped on the left-hand side, and the octagonal title plaque on the front panel appears to be slightly darkened with age. Traces of foxing to the top and front edges of the textbook, and on of the front end page has been inserted a visiting card measuring 3" x 1.5" (I say inserted because someone has very carefully made eight small slices into the front end page, to allow the card to sit much in the same way that postage stamps are held in their albums. . "A man confesses to a crime, later denies it, but is sentenced to death on circumstantial evidence. Another man appears, confesses to the same crime, but is acquitted despite his confession. During the appeal trial, however, evidence was adduced which confirmed Ishii's confession to its minutest detail, and he was sentenced to death. As he says himself in his writing, he was thus able to make some amends for his sins and at the same time to save an innocent man from death." -- page XV Size: 8vo - over 7¾" - 9¾" tall. Please refer to accompanying picture (s). Illustrator: Photographic. Quantity Available: 1. Category: Law & Criminal Studies; History -- Japan; Religion -- Christianity; Inventory No: 0223682.
▲