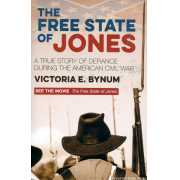 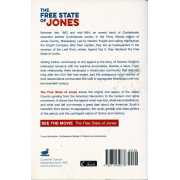 First impression. Size: Octavo (standard book size). 400 pages. Binding is tight, covers and spine fully intact. This book is available and ready to be shipped.. Between late 1863 and mid-1864, an armed band of Confederate deserters battled Confederate cavalry in the Piney Woods region of Jones County, Mississippi. Calling themselves the Knight Company after their captain, Newton Knight, they set up headquarters in the swamps of the Leaf River, where they declared their loyalty to the U.S. government. The story of the Jones County rebellion is well known among Mississippians and debate over whether the county actually seceded from the state during the war has smoldered for more than a century. Adding further controversy to the legend is the story of Newt Knight's interracial romance with his wartime accomplice, Rachel, a slave. From their relationship there developed a mixed-race community that endured long after the Civil War had ended, and the ambiguous racial identity of their descendants confounded the rules of segregated Mississippi well into the twentieth century. Quantity Available: 1. Shipped Weight: Under 1 kilogram. Category: History; American History; United States; 19th century; ISBN: . ISBN/EAN: 9780715650776. Pictures of this item not already displayed here available upon request. Inventory No: 7616.
▲