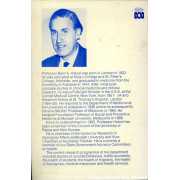 Second impression . Size: Octavo (standard book size). 63 pages. Text body is clean, and free from previous owner annotation, underlining and highlighting. Binding is tight, covers and spine fully intact. No foxing present other than edges of the text block.. Edges very slightly spotted or marked. This book is available and ready to be shipped.. The Boyer Lectures began in 1959 as the ABC (Australian Broadcasting Commission, now the Australian Broadcasting Corporation) Lectures. They were renamed in 1961 after Richard Boyer (later Sir Richard), the ABC board chairman who had first suggested the lectures. The series is broadcast every year in September/October/November/December on ABC Radio National. The lectures have been delivered by prominent Australians, selected by the Australian Broadcasting Corporation's Board. They have stimulated thought, discussion and debate in Australia on a wide range of subjects. The lectures showcase great minds examining key issues and values. Some topics covered include Society in the Space Age, delivered in the first year of the lectures; Living With Technology, in 1982; and A Truly Civil Society, 1995. Quantity Available: 1. Shipped Weight: Under 500 grams. Category: Sociology & Culture; Australia; 1970s; Politics & Government, Current Affairs. ISBN: 0642973776. ISBN/EAN: 9780642973771. Pictures of this item not already displayed here available upon request. Inventory No: 7108.
▲