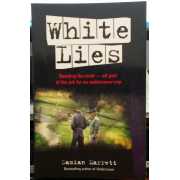 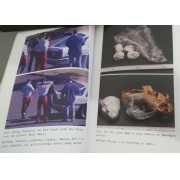 Covert operative 003 Damian Marrett is back with more crime-fighting yarns in White Lies. this time he pits himself against speed-dealing neo-Nazis, interstate dealers who put a price on his head, and a drug-trafficking Olympian, plus he encounters a crim who pricks his conscience ... Damian Marrett was just 19 years of age when he joined the Victoria Police in 1986 as a somewhat reluctant recruit. Four years down the track, he was handpicked to work in a covert capacity for the Drug Squad. A further six years working undercover, and Marrett had played a major role in close to 50 operations. White Lies picks up where his first book, Undercover, left off. After Marrett helped crack the legendary secretive Griffith Mafia, he moved on to a series of drug busts, from small-time deals to large-scale trafficking - operations that required him to take on numerous identities, often at the same time. His undercover path brings him face to face with smooth operators and street scum - and that was just in the police force. Damian Marrett's penetrating yet darkly comic insights into undercover work reveal a style of policing that is often shrouded in secrecy. told with grim humour and astonishing candour, White Lies is often hilarious, at times chilling, and always riveting. All pictures shown are of the actual product offered for sale Trade Paperback. Size: 150mm - 250mm. 244 pages. Remnants of old price label on rear cover. Spine has some reading creases. Covers have some shelf-wear,a few marks, as well as some bumping to corners and extremities. Quantity Available: 1. Shipped Weight: Under 1 kilogram. Category: True Crime; Australia; ISBN: 0732282780. ISBN/EAN: 9780732282783. Pictures of this item not already displayed here available upon request. Inventory No: 19909.
▲