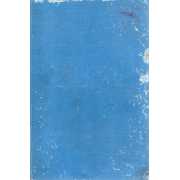 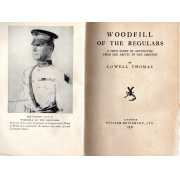 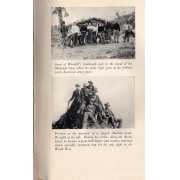 From General Pershing's Report : "Deeds of valour were too numerous to mention here. Outstanding was the heroism of Lt. Samuel Woodfill, Fifth Division, in attacking single-handed a series of German machine-gun nests near cunel & killing the crews of each in turn until reduced to the necessity of assaulting the last detachment with a pick, dispatching them all." Size: 180mm - 250mm. 325 pages. Moderately foxed throughout. Deckled edges (rough cut), browned there is also some some abraded areas to exterior of text block, as well as some liquid damage to the extremities of some some pages which in no way effects the text.. Covers have some shelf-wear, marking & rubbing. Quantity Available: 1. Shipped Weight: 1-2 kilos. Category: Biography & Autobiography; Military & Warfare. Main Picture: Preface :The fighting face of Woodfill of the Regulars. Picture 2: Top Picture : Alaskan brown bear all set for a charge. Bttm. Picture : "Shirt- sleeve weather on the edge of the Arctic. Picture 3: Top Picture : Three doughboys bringing in eight Heinies, who look rather pleased at the prospect of building roads & eating American food for the remainder of the war. Bttm. Picture : An American outpost in the Argonne where Woodfill of the Regulars carried out one of the greatest single-handed feats in the history of modern warfare.. Pictures of this item not already displayed here available upon request. Inventory No: 14491.
▲