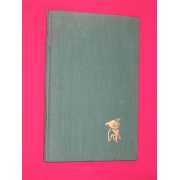 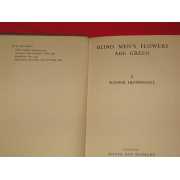 John Rayner Heppenstall was a British novelist, poet, diarist, and a BBC radio producer. Coming to London in 1934, he rapidly made initial contacts in the literary world. In 1935 he met Dylan Thomas, sent to meet him by Sir Richard Rees of the Adelphi magazine. He was a friend of George Orwell, encountered also in 1935 through Thomas and Rees, and later wrote about him in his memoir Four Absentees. Heppenstall, Orwell and the Irish poet Michael Sayers shared a flat, in Lawford Road, Camden. Heppenstall once came home drunk and noisy, and when Orwell emerged from his bedroom and asked him to pipe down, Heppenstall took a swing at him. Orwell then beat him up with a shooting-stick, and the following morning told him to move out. Friendship was restored, but after Orwell's death, Heppenstall wrote an account of the incident called The Shooting-Stick. After his death, Heppenstall's journals were published: they caused some controversy by revealing Heppenstall's hostility to fellow writers such as Alan Sillitoe and also expressing prejudices against blacks, Irish, Arabs and lesbians. Size: 8vo - over 7¾" - 9¾" tall. 48 pages. small silver mark to rear cover. Binding is tight, covers and spine fully intact. Gilt titles spine. Quantity Available: 1. Shipped Weight: Under 250 grams. Category: Poetry; Britain/UK; 1940s; Poetry. Pictures of this item not already displayed here available upon request. Inventory No: 3841.
▲