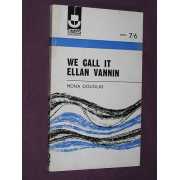 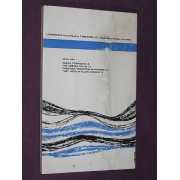 This Island, known officially to the English as the Isle of Man, has had many differing designations in the course of its long history and the one in official and general use today is surely the most ridiculous of the lot, taken at its apparent meaning in the English language - especially as women predominate over men in its population. There has recently been some controversy over it, and a claim that by adding a second "n" to Man the difficulty might be solved, but public opinion seemed to be that this minor change would involve a lot of trouble which was hardly worth while, so the spelling was left optional. Manx people themselves have a simpler way out of the difficulty; they call it in Manx Gaelic, Ellan Vannin. Size: 8vo - over 7¾" - 9¾" tall. 99 pages. Binding is tight, covers and spine fully intact. no Dust Jacket as published.. Black titles spine. scuff mark damage to rear cover (from removal of sticky label?) light bumping to top of a few pages. Quantity Available: 1. Shipped Weight: Under 250 grams. Category: Genealogy & Local History; Isle of Man; Manx Culture; Manx Gaelic; Britain/UK; History. Pictures of this item not already displayed here available upon request. Inventory No: 3609.
▲