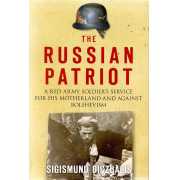 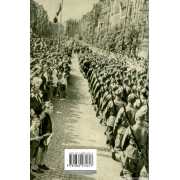 First impression. Size: Octavo (standard book size). 192 pages. Text body is clean, and free from previous owner annotation, underlining and highlighting. Binding is tight, covers and spine fully intact. Dust Jacket is in very good condition, without tears or chips or other damage. A committed young Communist who joined the Red Army on the day Hitler's Blitzkrieg tore across the Soviet Union's borders in June 1941, Sigismund unquestioningly offered his life to the service of his motherland. Captured and thrown into a German prisoner of war camp, fate offered him escape from certain death through service to the "new order;" chance made him a Red partisan spy. Ordered to infiltrate a German-run anti-partisan unit, his conversion began and soon he was a committed anti-Bolshevik, joining the Russian Army of Liberation that was devoted to toppling Stalin. It was all too little too late and when in the spring of 1945 Sigismund fell into the hands of Soviet spy-hunters, death seemed a certainty . . . until fate once again played a part in giving him a new lease of life in a far away land. Traitor or patriot? For Sigismund Diczbalis the 60 years since the World War II ended have done little to erase a question that has troubled him lifelong. Quantity Available: 1. Shipped Weight: Under 1 kilogram. Category: Military & Warfare; Russia; Biography & Autobiography. ISBN: . ISBN/EAN: 9781862274617. Pictures of this item not already displayed here available upon request. Inventory No: 8017.
▲