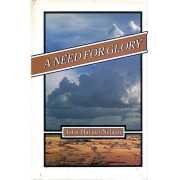 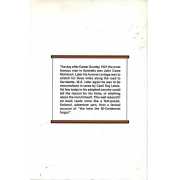 Size: Octavo (standard book size). 163 pages. Text body is clean, and free from previous owner annotation, underlining and highlighting. Binding is tight, covers and spine fully intact. No foxing in this copy. Dust Jacket is in very good condition, without tears or chips but the laminate seems to be lifting slightly.. All edges clean, neat and free of foxing. This book is available and ready to be shipped.. John Cowe McIntosh AFC (1892  28 March 1921) was a British-born Australian aviator. McIntosh was born in Scotland and later emigrated to Western Australia. On the outbreak of World War I in 1914, he enlisted in the Australian Army Medical Corps, serving with the 4th Field Ambulance in Gallipoli and reaching the rank of corporal. In 1918, he transferred to the Australian Flying Corps and began flying training near Oxford in England. He was commissioned a second lieutenant in April 1919 and shortly afterwards was promoted lieutenant. After the end of the war, the Australian government offered a prize of £10,000 for the first flight from England to Australia. He paired with another Australian Flying Corps officer, Ray Parer, and, although leaving well after the event had been won, they arrived in Darwin on 2 August 1920. Their aircraft was an Airco DH-9, and theirs was the only other entrant to successfully complete the race. He and Parer were awarded the Air Force Cross for this feat on 23 November 1920, as well as £500 each. In 1921, McIntosh was killed in an air crash near Pithara, Western Australia. It was the first fatal air crash in the state.[ Quantity Available: 1. Shipped Weight: Under 1 kilogram. Category: Biography & Autobiography; Local History; Australia; 1900-1920; History. ISBN: 0864450842. ISBN/EAN: 9780864450845. Pictures of this item not already displayed here available upon request. Inventory No: 7821.
▲