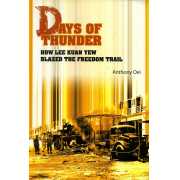 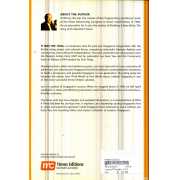 Size: Octavo (standard book size). 254 pages. Binding is tight, covers and spine fully intact. This book is available and ready to be shipped.. This is the complete story of post-World War II Singapore, beginning with the anti-colonial campaign that ended 140 years of British rule to the present. In the 1950s, the anti-colonial forces comprised nationalist freedom fighters and the communists. Displaying their calibre and political acumen, Lee Kuan Yew and his team overcame all adversities. Lee, who became Singapore's first Prime Minister, orchestrated the movement to build a prosperous and peaceful Singapore, and to mould a new Singaporean. In one generation, they elevated the nation from the Third World to the First World league. Indeed, Singapore is one of the most successful former colonies. This book explores the leadership of Lee during Singapore's first 31 years. He is a symbol of Singapore's success. When he stepped down in 1990, he left "gold standards", a clean and efficient government, world-class infrastructure and a business-friendly economy. The success story of Singapore as an independent nation is a saga worth telling and preserving for posterity. The point at issue is whether Singapore could have achieved as much without Lee Kuan Yew, the founding father and master craftsman of modern Singapore. Quantity Available: 1. Shipped Weight: Under 1 kilogram. Category: History; Singapore; Politics & Government, Current Affairs. ISBN: 9812328572. ISBN/EAN: 9789812328571. Pictures of this item not already displayed here available upon request. Inventory No: 7556.
▲