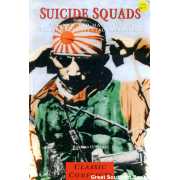 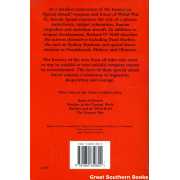 Size: Octavo (standard book size). 272 pages. Text body is clean, and free from previous owner annotation, underlining and highlighting. Binding is tight, covers and spine fully intact. No foxing in this copy. All edges clean, neat and free of foxing. This book is available and ready to be shipped.. During World War II, missions involving experimental aircraft and naval vessels were often suicidal, sometimes intentionally so. Italian commandos of the Decima Mas pioneered the use of piloted torpedoes and other underwater gear to conduct a number of hazardous, but successful raids on British shipping in the Mediterranean. British midget submarines, or "x-craft, " were instrumental in the sinking of the German and Japanese super-ships Tirpitz and Togawa. Most famous of all were the Japanese suicide units of the late-war period. Most of these flew conventional aircraft intended to deliberately crash into Allied capital ships, although a purpose-built piloted bomb with rocket motor was also developed. In the event of an American amphibious assault on the home islands, the Japanese were prepared to launch a large number of suicide motor boats packed with explosives. The saga of the "suicide squads" is one of the most dramatic stories of the Second World War. Quantity Available: 1. Shipped Weight: Under 1 kilogram. Category: Military & Warfare; Britain/UK; ISBN: 1840650826. ISBN/EAN: 9781840650822. Pictures of this item not already displayed here available upon request. Inventory No: 6576.
▲