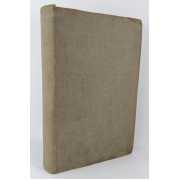 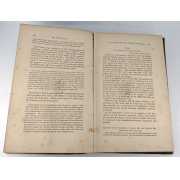 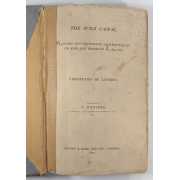 23cm x 15cm. viii, 311 pages. Amateur rebind in plain grey cloth. "In the early 1850s the French diplomat and engineer Ferdinand de Lesseps (1805-1894) revived earlier French plans to build a canal through the Isthmus of Suez. He saw the immense benefits such a canal would bring, reducing by 3000 miles the distance by sea between Bombay and London, and he was instrumental in its successful completion. These letters, published in this English translation in 1876, show how De Lesseps persuaded the Viceroy of Egypt to allow construction, and how he overcame opposition from Britain and Turkey. Letters to the Viceroy, Emperor Napoleon III, Members of Parliament, diplomats, and politicians throughout Europe, together with more personal letters to his wife, all illustrate his resolute determination to see his project succeed. This is an invaluable source, not only on the canal, but also on the politics of the major powers and European attitudes towards the Middle East and its people." Dampstain to tail. Some soiling and foxing. Cracked in places but firm. Shipped Weight: .72 kilos.
▲