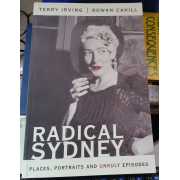 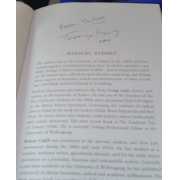 Sydney: a beautiful international city with impressive buildings, harbour-side walkways, public gardens, cafes, restaurants, theatres and hotels. This is the way Sydney is represented to its citizens and to the rest of the world. But there has always been another Sydney not viewed so fondly by the city's rulers, a radical part of Sydney. The working-class suburbs to the south and west of the city were large and explosive places of marginalised ideas, bohemian neighbourhoods, dissident politics and contentious action. Through a series of snapshots, Radical Sydney traces its development from The Rocks in the 1830s to the inner suburbs of the 1980s. It includes a range of incidents, people and places, from freeing protestors in the anti-conscription movement, resident action movements in Kings Cross, anarchists in Glebe, to Gay Rights marches on Oxford Street and Black Power in Redfern. *****About the Authors: Rowan Cahill is a tutor at the University of Wollongong in Australia. He is the coauthor of History of the Seamen's Union of Australia, 1872-1972 and Twentieth Century Australia: Conflict and Consensus and the coeditor of A Turbulent Decade: Social Protest Movements and the Labour Movement, 1965-1975. Terry Irving is a visiting professorial fellow at the University of Wollongong. He is the author of The Southern Tree of Liberty and the coauthor of Childe and Australia: Archaeology, Politics and Ideas and Places, Protests, and Memorabilia: The Labour Heritage Register of New South Wales. Signed by both Terry Irving & Rowan Cahill Size: 180mm-250mm. 368 pages. MC Quantity Available: 1. Shipped Weight: 1-2 kilos. Category: History; Australia; Politics & Government. Signed by Author. ISBN: 1742230938. ISBN/EAN: 9781742230931. Pictures of this item not already displayed here available upon request. Inventory No: 318.
▲