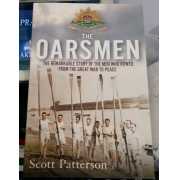 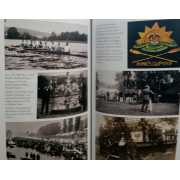 At the end of the First World War, there were 270,000 demobilised Australian soldiers in Europe. Getting them home after the Armistice was a task of epic proportions that would take more than two years. In the meantime, how to keep these disgruntled, damaged men with guns occupied? In a word: sport. The Oarsmen tells the story of the servicemen who survived the war to row for the coveted King's Cup at the 1919 Royal Henley Peace Regatta. Competing against crews from the US, New Zealand, France, the UK and Canada, the Australians were a ragtag bunch of oarsmen thrown in an old-fashioned boat and expected to race. Many had seen the worst of the action during the war at Gallipoli and the Western Front, and carried scars both physical and psychological. The baggage they brought to the boat would soon threaten to capsize the whole endeavour. Combining first-hand accounts with lively prose, this never-before-told story approaches the First World War from peacetime and illuminates history in vivid and compelling detail. Interweaving the soldiers' personal stories from before, during and after the war, The Oarsmen paints a fascinating picture of how these men, and society, transitioned from an unprecedented war to a new sort of peace. All pictures shown are of the actual product offered for sale Trade Paperback. Size: 150mm - 250mm. 296 pages. Remnants of old price label on rear cover. Covers have some shelf-wear, as well as some bumping to corners and extremities. Quantity Available: 1. Shipped Weight: 1-2 kilos. Category: History; Military & Warfare. ISBN/EAN: 9781743795491. Pictures of this item not already displayed here available upon request. Inventory No: 20014.
▲