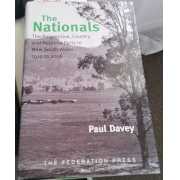 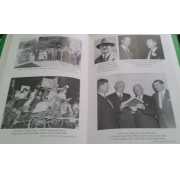 The Nationals tells the story of the NSW National Party from its foundation in 1919 as The Progressive Party to the contemporary era under Andrew StoneraaC--a s leadership. Paul Davey, a former Federal Director and NSW General Secretary, writes with an insideraaC--a s knowledge of the politics, policies and personalities that have shaped the modern party. His research is comprehensive including unfettered access to party archives. Emerging in the wake of World War I, The Progressive Party splits after only two years when seven of its 15 members refuse to join a coalition government. These dissidents become known as the True Blues and are the founding parliamentary members of the Country and subsequent National Party. The party grows into one of the largest political organisations in the country, boasting nearly 50,000 financial members in New South Wales in the 1980s. It fights off merger proposals and survives, despite constant predictions of impending doom, as the only party which exclusively represents rural and regional New South Wales. The State party is also highly influential in the national context; every Federal Leader since John McEwenaaC--a s retirement in 1971 has come from New South Wales. The Nationals is as much about people as policies. Davey studied a myriad of documents and interviewed a wide cross-section of party figures including all surviving State and Federal leaders. The studies and candid comments shed new light on people, policies and incidents ranging from Mick BruxneraaC--a s and David DrummondaaC--a s building of inland roads, railways and country education facilities to Charles CutleraaC--a s fight for State Aid for Independent schools; from the repulse of the Joh for Canberra campaign and Pauline HansonaaC--a s One Nation to the challenge of Independents; from sometimes poisonous relations with the United Australia and Liberal parties to the StateaaC--a s longest serving Coalition Government; from relations with the media, especially the country press, to the role of women and young people in the organisation; from the threats posed by changing demographics and electoral redistributions to the push by Doug Anthony to change the name from Country Party to National Country Party and later National Party. The Nationals tells the story of a unique organisation - a political party that is not factionalised and that, despite occasional defections (not new in any party) remains remarkably stable. It has had only nine State and 11 Federal parliamentary leaders in its entire history to date. Moreover, while at times recording an apparently small share of the vote, it consistently returns a forceful block of members to the New South Wales and Commonwealth parliaments and wields, some would say disproportionately so, a significant influence on Australiaa All pictures shown are of the actual product offered for sale Size: 150mm - 250mm. 530 pages. Remnants of old price label on rear cover. Dust Jacket has some shelf-wear, as well as some bumping to corners & extremities . Covers have some shelf-wear, as well as some bumping to corners and extremities. Quantity Available: 1. Shipped Weight: 2-3 kilos. Category: Politics & Government; Australia; History. ISBN: 186287526X. ISBN/EAN: 9781862875265. Pictures of this item not already displayed here available upon request. Inventory No: 19857.
▲