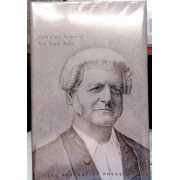 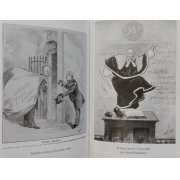 J M Bennett's Sir Frederick Darley, the new biography in his acclaimed Lives of the Australian Chief Justices series, describes in fascinating detail one of the most extraordinary episodes in Australian judicial history. In November 1886, the circumstances being unprecedented, New South Wales had three successive Chief Justices. On 4 November Sir James Martin died in office. Attorney-General Want, pressing a false claim to the vacancy, nevertheless declined it. The salary was too low. The great orator W B Dalley, QC, also rejected the position. His health was failing. F M Darley, QC, was immediately approached, but having a large family to support, he also declined. The government turned to Julian Salomons, QC, who accepted and was gazetted. Almost immediately, without taking his seat, he resigned for the extraordinary reasons disclosed in Dr Bennett's fascinating chapter on the "Phantom Chief Justice". A perplexed government urged Darley's reconsideration. He did so reluctantly, serving from 29 November at great financial sacrifice. As the Hon Keith Mason, AC, QC, notes in his insightful foreword, Darley's reluctance to serve was ultimately "matched only by his reluctance to relinquish the role over 20 years later". Richly detailed chapters trace Darley's progression from birth and education in Ireland to Bar practice there at a time when too many lawyers competed for too little work. Darley migrated to Sydney, succeeding beyond his wildest hopes to build a preeminent practice, command a fortune and become a Legislative Councillor. Always regarding Australia as his "adopted country", he retained his "Irishness" to the end. With characteristic care and precision, the author reviews Darley's judicial career, his distinguished presidency over the Supreme Court in difficult years, and his work administering the colony on many occasions as Lieutenant-Governor. Darley might well have retired in 1902 when he accepted a place on the English Royal Commission inquiring into the poor military performance in the Boer War. But despite illness, and resistance to social and industrial change, he persevered on the bench until his death in 1910. The product of meticulous research, Sir Frederick Darley paints an illuminating portrait of the life and times of this important man, whose judicial accomplishments and dedication to duty and service won great acclaim and respect. "As with his earlier lives of Chief Justices, John Bennett has provided us with insights into life and customs as well as fascinating snippets of Darley the husband and paterfamilias. A proud Irishman, he is said to have 'embodied the Victorian era and its values'." All pictures shown are of the actual product offered for sale Size: 150mm - 250mm. Remnants of old price label on rear cover. Covers have some shelf-wear, as well as some bumping to corners and extremities. Book is now covered in archival quality clear plastic. Quantity Available: 1. Shipped Weight: Under 1 kilogram. Category: Biography & Autobiography; Australia; Law & Criminal Studies. ISBN/EAN: 9781760020569. Pictures of this item not already displayed here available upon request. Inventory No: 19828.
▲