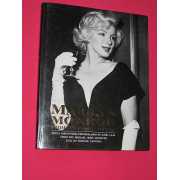 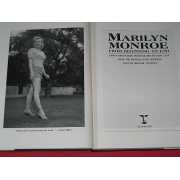 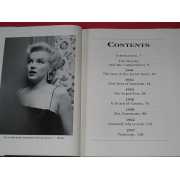 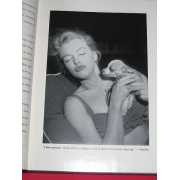 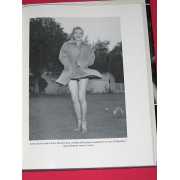 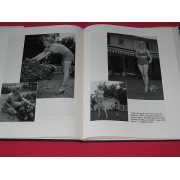 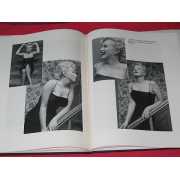 Marilyn Monroe was one of the most photographed woman of the 20th century, but an enigmatic character who came to loathe the film business. This study contains many recently discovered photographs by Earl Leaf. They include those taken with Tony Curtis, Humphrey Bogart and Lauren Bacall. Few names or faces have attained, and retained, such worldwide recognition. Monarchs, politicians and sportsmen have all faded from our memories while the life and character of one actress, Marilyn Monroe, has stayed to intrigue, perplex and bewitch us. Her career was wretchedly short; but she lasted longer, haunting us still, urging us to read more into her performances, better understand her traumas, and maybe sympathise with her decline. Every press cameraman who could get close to Marilyn photographed her. Thousands of reels of films were devoted to her, the face of the Fifties. But few professional photographers filmed her over the span of years that Earl Leaf did. He spent time with her in 1950, before stardom came, and was still on the scene in 1962, as her life hit the rocks. Because of this, Earl Leaf's photographs, showing great skill and appreciation of a characterful face and a sensual body, offer us a fascinating illustrated life story. Michael Ventura's text gives Marilyn the opportunity to speak. for herself, utilising quotes from the entire span of her career, and allowing her many voices to complement her many faces - each smile, each furtive glance, each wholehearted laugh. But it does not obstruct those who simply want to luxuriate in the beauty of the lady portrayed. It took Michael Ochs more than a decade to find these lost images. Now they can be shared with all the Marilyn Monroe fans who will always want another look at her life. Size: 4to - over 9¾" - 12" tall. 144 pages. Binding is tight, covers and spine fully intact. Dust Jacket un-clipped. Gilt titles spine. black cloth; illustrated by b/w. photo's.. Quantity Available: 1. Shipped Weight: Under 1 kilogram. Category: Biography & Autobiography; Film Stars; Cinema; Photography; United States; 1950s; Film, Radio & Television. ISBN: 0713726865. ISBN/EAN: 9780713726862. Pictures of this item not already displayed here available upon request. Inventory No: 4618.
▲