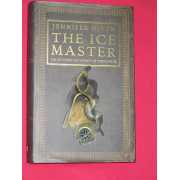 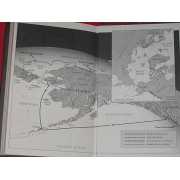 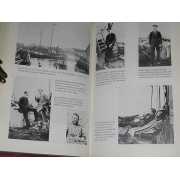 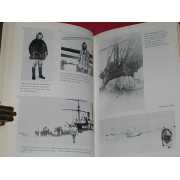 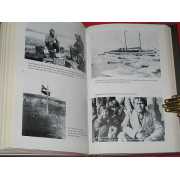 map end-papers; The last voyage of the Karluk, flagship of the Canadian Arctic Expedition of 191316, ended with the loss of the ship in the Arctic seas, and the subsequent deaths of nearly half her complement of 25. In August 1913, Karluk, a brigantine formerly used as a whaler, became trapped in the ice while sailing to a rendezvous point at Herschel Island. After a long drift across the Beaufort and Chukchi seas, in January 1914 the ship was crushed and sunk. In the ensuing months, the crew and expedition staff struggled to survive, first on the ice and later on the shores of Wrangel Island. In all, eleven men died before rescue. The Canadian Arctic Expedition was organised under the leadership of Canadian anthropologist Vilhjalmur Stefansson, and had both scientific and geographic purposes. Shortly after Karluk was trapped, Stefansson and a small party left the ship, stating that they intended to hunt for caribou. However, the ice carried Karluk westwards, far from the hunting party who found it impossible to return to the ship. Stefansson reached land and then devoted himself to the expedition's scientific objectives, leaving the crew and staff on board the ship under the charge of its captain, Robert Bartlett. After the sinking, Bartlett organised a march across the ice to Wrangel Island, 80 miles (130 km) away.[n 1] Conditions were difficult and dangerous; two four-man parties were lost before the island was reached. From the island, Bartlett and an Inuk companion set out across the frozen sea for the Siberian coast, in search of help. Assisted by local populations, the pair eventually reached Alaska, but sea ice conditions prevented any immediate rescue mission. On Wrangel Island, the stranded party survived by hunting game, but were short of food and troubled by internal dissent. Before their eventual rescue in September 1914, three more of the party had died, two of illness and one in violent circumstances; 14 were rescued. Size: 8vo - over 7¾" - 9¾" tall. xiv + 402. Binding is tight, covers and spine fully intact. in archive acetate film protection. Price clipped inside book. Gilt titles spine. brown cloth; illustrated by b/w. photo's.. Includes notes, maps & plans to the rear. Quantity Available: 1. Shipped Weight: Under 1 kilogram. Category: Exploration; Arctic Exploration; Canadian Arctic; Ships & the Sea; Canada; 1900-1920; Ships & the Sea. ISBN: 0333779606. ISBN/EAN: 9780333779606. Pictures of this item not already displayed here available upon request. Inventory No: 4596.
▲