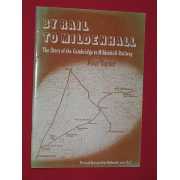 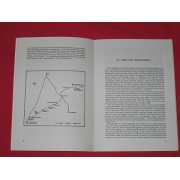 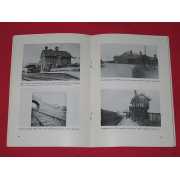 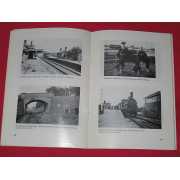 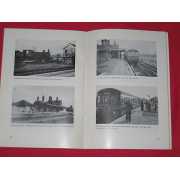 How does a railway begin? Usually in the mind of an interested and motivated person or persons. Such an individual was Landed Proprietor Charles Peter Allix, J. P., D. L., M. A. (1842 - 1920) of Swaffham Prior. As early as the autumn of 1867 he foresaw the value of a railway line linking this predominantly rural area with the main railway network at Cambridge. Gathering together statistics relating to population and trade trends, he compiled a document which was duly signed by many landowners along his proposed route. This was presented to. the Great Eastern Railway Company which promptly rejected it. Allix didn't give up however, but approached the rival London and North Western Company which also turned the project down. He was joined by his cousin Mr. Wilkinson of Hare-Hall and they banked on presenting a case to Parliament which would show the logic of connecting the Ely and Bury St. Edmunds line with Cambridge. They were also encouraged by a period of co-operation between the Great Northern and Great Eastern Companies. Allix wished to make a junction with this joint Great Northern and Great Eastern northern extension, at or near Chesterton to the north eastern edge of Cambridge itself. Much to their regret this scheme also fell through. In spite of a worsening economic situation in the area Allix continued undeterred. Finally a meeting was arranged between the directors of the proposed line and the directors of the Great Eastern Railway. Although unable to accept straight away, the tide was at last beginning to turn. After an interval of six months Allix was requested by the Company to supply them with relevant information showing the need for the proposed line. Further negotiations followed and the outcome of these resulted in the introduction of the Great Eastern Railway Bill in Parliament on the 27th January 1881. This received the Royal Assent on the 18th July as the Great Eastern Railway Act of 1881. This multi-purpose Act was the legislation Allix and his friends had been working for. Its main importance as far as they were concerned lay in the following provisions: (44 & 45 VICT.) Great Eastern Railway Act, 1881 (Ch. CXXXIV) "An Act to authorise the Great Eastern Railway Company .... to make new railways .... (18th July 1881) Size: 8vo - over 7¾" - 9¾" tall. 36 pages. Binding is tight, covers and spine fully intact. no Dust Jacket as published.. tiny scuff to rear cover. illustrated by b/w. photo's. & map. Includes bibliography & appendices;. Quantity Available: 1. Shipped Weight: Under 250 grams. Category: Railways; Suffolk; Cambridgeshire; East Anglia; England; Genealogy & Local History. Pictures of this item not already displayed here available upon request. Inventory No: 3723.
▲