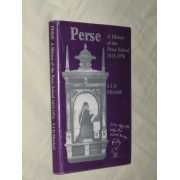 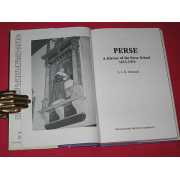 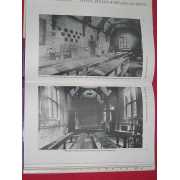 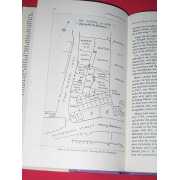 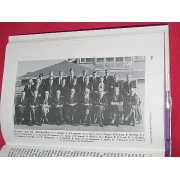 purple endpapers; The history of Cambridge's most famous school is at once typical of great British public schools and highly individual. Mr. Mitchell's new history (the first since J. M. Gray's in 1922) traces the Perse's varying fortunes through more than three and a half centuries, against a background of educational and social change in Britain, and dwells especially on those periods when it achieved national and international fame. The most brilliant era was that from 1902-28, when Dr. W. H. D. Rouse and his staff initiated the revolutionary teaching methods since adopted universally in the Classics, Modern Languages, and English. Established in Cambridge as a constant link between town and university, the school has reaped advantages from its position, but has from time to time encountered bitter opposition as a result of local political neglect and jealousies. Poor investment and mismanagement kept the Perse poor and long almost bankrupt to the point of virtual extinction, yet it persistently survived to gain a place among the leading public schools. It was one of the first to receive a special government grant, is represented on the Headmasters' Conference and, after figuring on the Direct Grant list, will in the future become wholly independent. The Perse has worked on three sites. The Jacobean building gave its name to Free School Lane. The Victorian building, despite its merits, was inadequate from the year of erection. Then, after fifty years during which Perseans dreamed of a replacement, the present fine modern building was opened in 1961 by Princess Alexandra. Size: Octavo (standard book size). 263 pages. Dust Jacket (now in archive acetate film protection) is in very good condition but with one closed tear to front & light edgewear. Dust Jacket un-clipped. Gilt titles spine. illustrated by b/w. photo's.. Includes index, list of headmasters, & Notes and References. Quantity Available: 1. Shipped Weight: Under 500 grams. Category: Education; Schools; Cambridge; East Anglia; England; History. ISBN: 0902675710. ISBN/EAN: 9780902675711. Pictures of this item not already displayed here available upon request. Inventory No: 2703.
▲