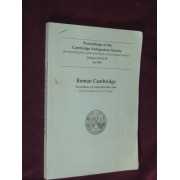 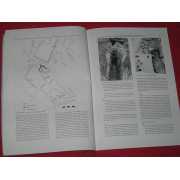 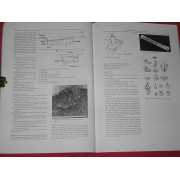 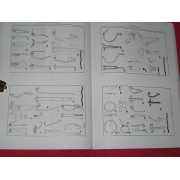 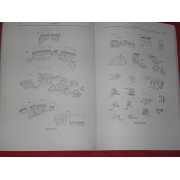 Many of the excavations took place in the small areas which became available when individual houses were levelled, so that the information recovered was minimal, but the three larger areas, the market-gardens owned by St John's College, the farm owned by the Charity of Edmund Storey and the area around Shire Hall proved particularly important and have allowed an outline history of the town nucleus from the last centuries BC until the 5th century AD to be compiled. An unexpected complication of the fieldwork proved to be that the keeping of the hillside free from buildings for centuries allowed the quarrying of the valuable gravel and chalk marl of which it is composed and the digging of many pits. Only careful trowelling allowed the areas of early land surfaces and the wooden structures on them to be recognised. It will be noted from the plan of excavations (Fig 1.1) that work was largely limited to the upper hillsides and the summit, so that only a partial recognition of the early settlement has been obtained. The lower slopes and the area near the bridge have not been available for study and it may well be that these were more densely inhabited. Size: 4to - over 9¾" - 12" tall. 268 pages. small mark to front cover;. no Dust Jacket as published.. "St. John's" written in ink on front cover;. Black titles spine. light bumping to corners. illustrated by b/w. drawings, maps & photo's.. Quantity Available: 1. Shipped Weight: Under 1 kilogram. Category: Archaeology; History; Cambridge; East Anglia; England; Ancient (BC); Genealogy & Local History. Pictures of this item not already displayed here available upon request. Inventory No: 2595.
▲